When we got to Rhode Island we had no specific plans in mind, other than visiting the capital city- Providence.  Honestly, I (Josh) can’t say that I have ever heard of anything noteworthy about Rhode Island.  Turns out, there are actually a few interesting things about the state.  The first major thing I learned was about a dude named Roger Williams.  He was the original founder of the Rhode Island colony back in 1636.  He left Britain several years earlier to escape the strict grip the Church of England held within the government.  He traveled to the Massachusetts Bay colony so he could exercise the religious freedom that was promised to those who migrated to America.  Unfortunately for him, the boys in Boston didn’t get along with Roger’s progressive religious ideals either.  He was kicked out of Boston and found himself alone in the wilderness in the harsh winter months.  Luckily for him, he was saved by the native folk in the (present day) Rhode Island territory.  He founded a colony there, giving religious freedom to all.  It was the first true example in western history of separation of church and state- on which our county is today founded upon.  He was the original champion of our first amendment rights as we know them to be.  Who knew that such a monumental leader of personal freedom would come out of RI.  Obviously I didn’t.  He was such a significant part of our nations history that the National Parks Department created a Historical Memorial in downtown Providence just for him- The Roger Williams National Historical Memorial. 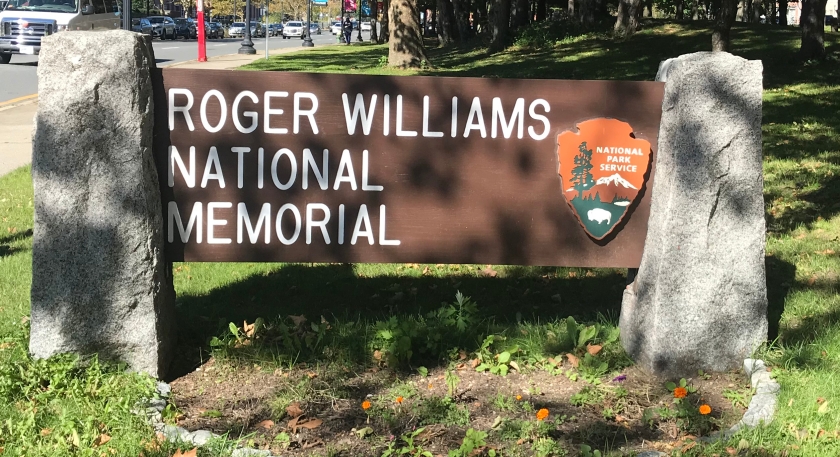 Downtown Providence was actually very cool.  A river runs right through the middle of the city which leads straight to the ocean and divides the state into the eastern and western halves of RI. 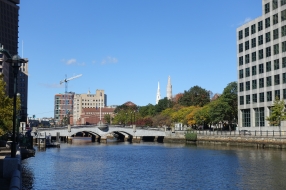 Like much of the old East Coast, Providence is filled with historical buildings and structures.

Naturally we visited the ocean and saw the brilliant colors of an East Coast sunset.

Roger Williams was so liked by the people of RI that not only did he have a national memorial in his name, but they named a large park and zoo after him too.  Since we had not yet been to a zoo on our trip, and Mel read that it was one of the oldest zoos in the country, we visited on a pleasant sunny day.

Two days are not nearly long enough to explore an entire state (even if it’s the smallest sate in the U.S.).  Nevertheless, we were glad to learn things we had never learned before and see things we had never seen before.  Obviously this state possesses both rich history and uncompromising beauty.  A delight to visit to say the least.  We are humbly grateful to include Rhode Island as a traveled destination on the Miller’s Motor Home Adventure.