It’s hard to believe we’ve been on the road for a month already! We’ve had quite the whirlwind of taking in our incredible National Parks, Monuments, Memorials and even a National Lakeshore as we head to the east coast for the fall. I was planning on having a post for every couple of parks but due to our crazy schedule and lack of internet access while traveling you get them all in one big bite! So, here are some highlights the kids want to share about from every place we visited. 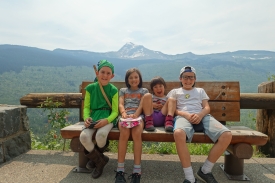 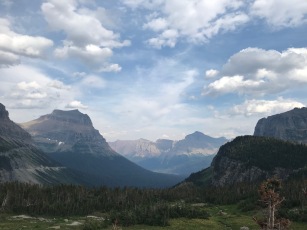 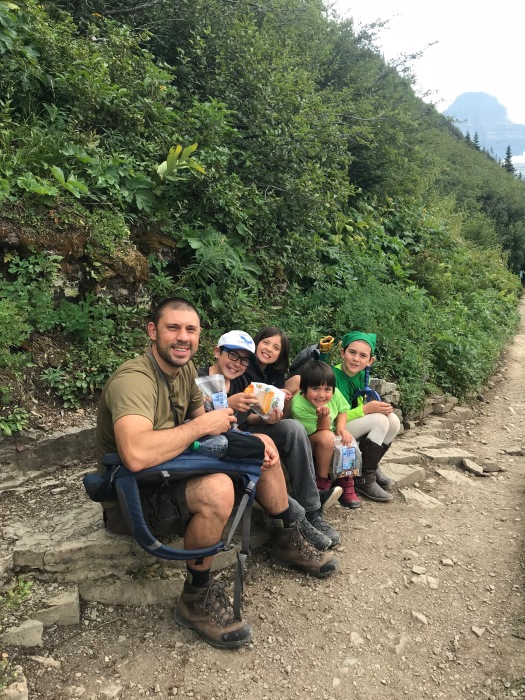 Lydia: When I was reading about the park I found an interesting fact. It was about big horn sheep. Once I read it, and learned about big horn sheep more, I decided it was my new favorite animal. (That also happened at a different National park about ferrets but I’m not talking about that park.) Well back to what I read about the big horn sheep. I read that the Rams can run up to 20 miles per hour to fight during rutting season. Isn’t that so amazing!?!? Well I find it fascinating! 20 miles per hour…WOW!!! 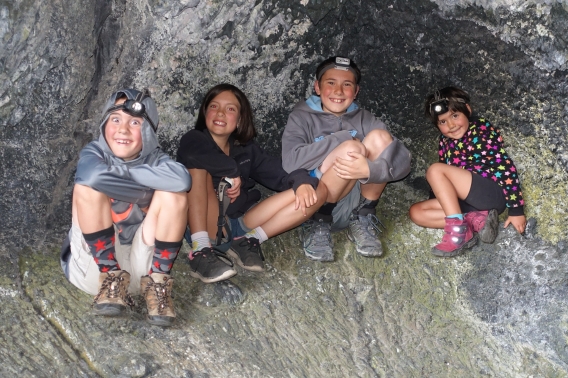 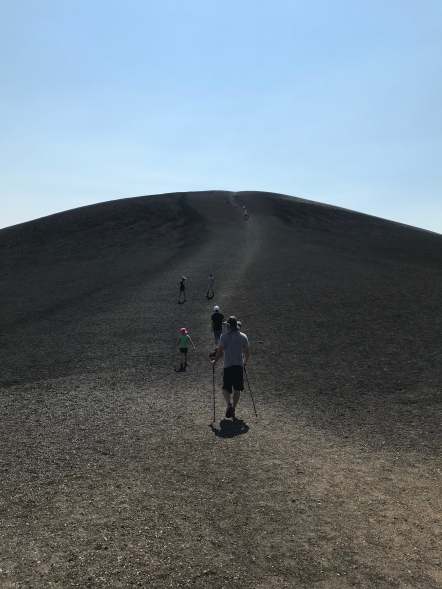 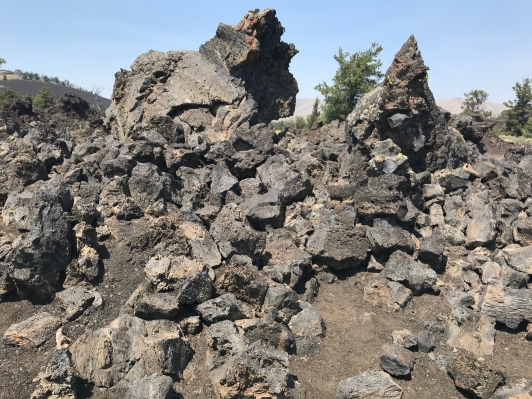 Asher: I really liked the caves at Craters of the Moon. The caves were made out of lava. We call them Lava Tubes. When the lava came out of the ground it cooled on the outside but the lava still flowed through the open part. Then, when all the lava was dry it made a cave!!!! It was fun exploring inside the caves!!!!!!!!!! There were a lot of wasps in the cave. I think that’s cool because I love wasps! Don’t be worried about it. Just don’t bother them and stay as far away as you can from them. But you’re okay once it gets more into the dark because they don’t like dark and cold. If you go to Craters of the Moon or other caves can you respond back and tell me more about them?! 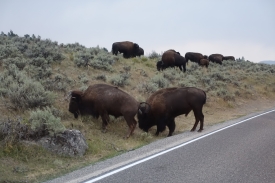 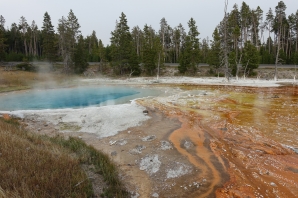 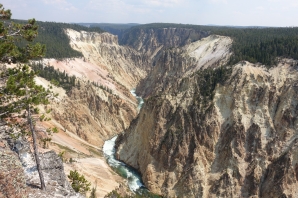 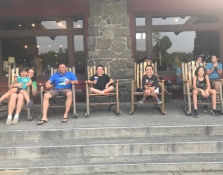 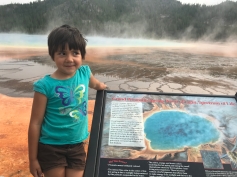 Eva: My favorite part of Yellowstone are the geysers. I can tell you how the geysers work. You’re a little drop of water with a smiley face on it. Then it goes through tight rocks. And then it gets hot from the hot lava underground. (The hot lava came from Craters of the Moon.) And then it gets stuck by a bunch of bubbles. Then bubbles get stuck at the bottom. And then, since it’s so strong, it pushes it out and makes the geysers spray. Also, for the colors, the blue is the hottest, the red is the coldest, and the yellow is half hot and half cold. I think everything is awesome and amazing at Yellowstone (and also Craters of the Moon)! 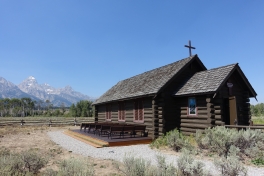 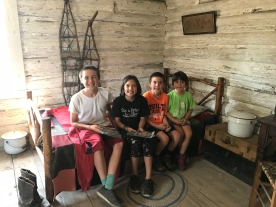 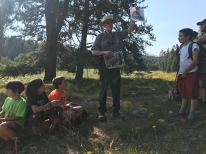 Caleb: The Grand Teton is the tallest mountain in the Teton range. There are a few other mountains in the range too, but I’m going to be talking about the Grand Teton. The elevation of it is 13,770 feet. It took 5,000 earthquakes to create it. The average growth per year is .003 feet so it’s still growing. We were at some pretty good views of the Grand Teton. Once we even saw it when the sun was going down right behind it. The reason I wanted to talk about it is it looked really cool and different from all the rest! The other ones are more roundish at the top but the Grand Teton is more pointy than the rest. 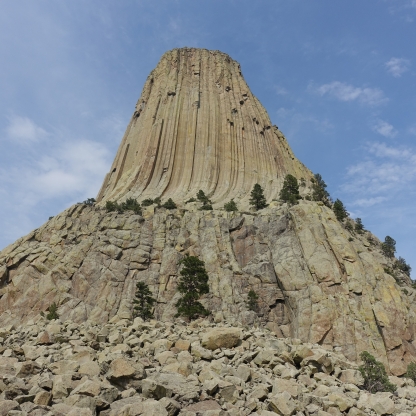 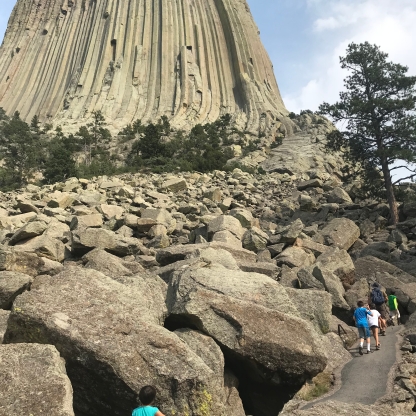 Lydia: Did you know that thousands of people climb Devils Tower every year? Also, the youngest person to climb the tower was 6 years old! The oldest person who climbed Devils Tower was in their 80’s! Do you think you could climb it? Well, if you think you can, why don’t you try?! And if you don’t, just visit it. It’s super cool! 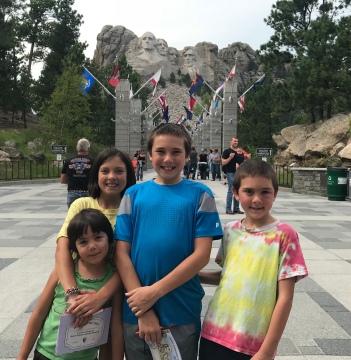 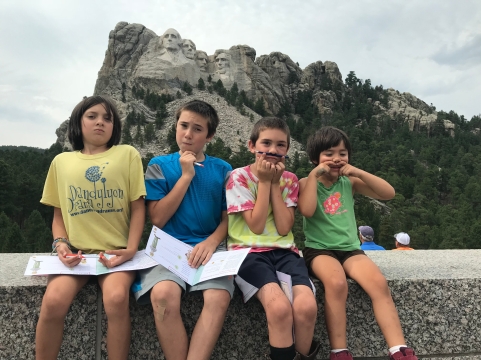 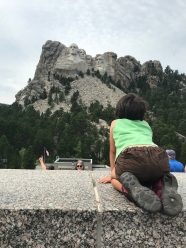 In the visitor’s center I really liked the T.V. On it I could pretend I could blow up the mountain just like they did. It was SO awesome and fun!! 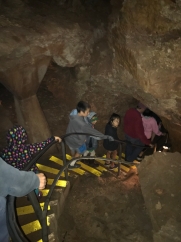 Caleb: The Wind Cave is 7th longest cave in the world. Right now they think they’ve only discovered 10% of the cave. The whole thing is about 148 miles long. That includes its 3 levels and all its shoot-offs. The lowest part from the earth’s surface is about 550 feet deep. We went on the Natural Entrance Tour which is on the second “floor” of the cave. The lowest part we were at was 250 feet deep. Throughout the whole cave it is about 58 degrees always.

Wind Cave is different than most other caves because of it’s boxwork. Boxwork is rare to find any where else because the Wind Cave has 95% of all of boxwork in the world.

What I really liked was seeing all the frostwork on the cave popcorn at the beginning of the tour. Someday I want to go back to Wind Cave because of how cool and exciting it would be to explore other parts of the cave! 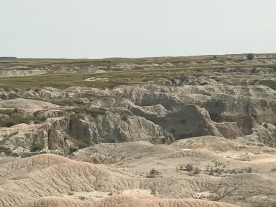 Asher: Do you know how the Badlands got named? If you don’t, I’ll tell you. In the old times, the Pioneers had these wagons and they tried to get through the Badlands but since they were so bumpy they almost couldn’t make it through. Also, it was hard to grow stuff there because the ground wasn’t good for growing food.

Don’t get too close to the prairie dogs like some other people did. It almost looked like they were going to get hurt. Come and visit the Badlands. It’s really cool!!!!!!!!!! 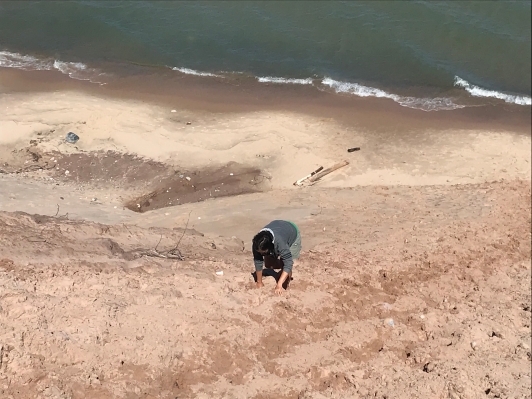 Caleb: When we were at Pictured Rocks it was my 12th birthday. We had a lot of fun! Most of the time we were just swimming in Lake Superior and building sand castles. Lake Superior is the largest fresh water lake in the world. It holds 10% of all the world’s fresh water. Lake Superior can hold all the other Great Lakes and still have room for 3 more lakes the size of Lake Eerie.

We went to this Log Slide which was a huge sand dune. A long time ago, they slid the logs down to the water on the sand dunes so they could load them on boats and take them across the water. We went down the Log Slide. It was pretty steep going down so it didn’t take us long to get to the bottom. We were playing down in the water for a bit. Then we went back up. Daddy timed us to get back up. My time was 6 minutes and 40 seconds, Lydia was 7:04, Daddy was 7:36, Asher was 8:40, Eva was 12:50, and Mommy was 13:24. We had a lot of fun at Pictured Rocks!

7 thoughts on “A month of National Parks”