Yesterday, marked our 4th, and final, night’s stay at Acadia National Park in Maine, where our family continued our exploration of the wonders of our nation.  The first compelling adventure was to scale the tallest peak on the East Coast’s Shores (Cadillac Mountain).  Though 1,530 ft may not sound like a mountain for those of you reading this in Seattle, this unobstructed vista of the East Coast was well worth the climb.  And it was a climb.  1530 ft in 1.5 miles with 4 children is a true challenge.  The trail included 3 iron rod ladders (yes, real metal ladders to climb the mountain) and 1215 rock steps (counted by Caleb) and elevation gain and loss of 2100 ft. total to the summit.  It was cloudy and extremely windy, but the views more than paid for the challenge.  In an effort to motivate the children to not give up and to make it back before sundown we created a song of food we would eat once we made it back down the mountain.  The final lyrics are as follows, “Tuna, and mashed potatoes,  and cheese, with hot water and honey and ham and tootsie rolls.”  We sang this song over and over again in order to “give Eva strength” to continue the hike down the mountain.  The food in the lyrics of our song ended up becoming our dinner for the night.  The strangest combination of foods we had yet put together for our evening meals.

And of course, what would a trip to the coast of Maine be without visiting one of the 70 light houses that adorn it’s coast line.  A much shorter 1/2 mile walk lead us to Bass Harbor Head light house where we discovered the word “occulting,” which means to momentarily darken (referring to the blinking light of the light house).  The kids played on the rocks below and found snails, crabs and sea monkeys in a sea water tide pool. 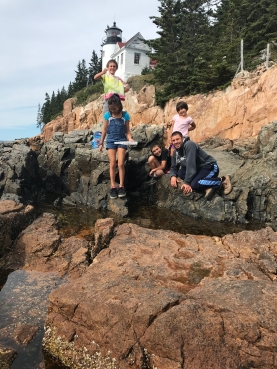 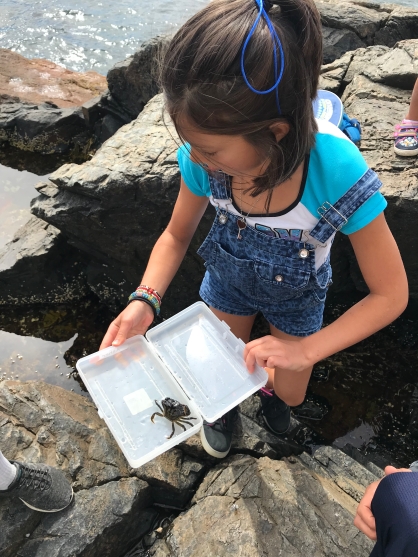 If that was not enough, Acadia also has a unique attraction that we had not seen at any of the other 13 national parks we have visited so far.  In the 1930’s, the parks department, under the leadership of John D. Rockefeller Jr., installed an elaborate system of carriage trails that today is still used to pull tourists through the park, powered only by the trotting hooves of horses.  The trails are now accessible to the public, also, by way of foot and bicycle.  No motor vehicles are permitted.  So the Miller family embarked on an epic, 4.8 mile bike ride on the historic carriage trails.  We took a route that had us cross over 6 stone bridges, some as old as 1919. (This particular bridge was Mel’s favorite as it was a perfect representation of the bridge in the musical she is writing!) The hills climbed up and down, and we saw vistas of the coast line as well as sunset views of a lake.  Along the way, we had our first encounter with a porcupine.  The nocturnal creature must have been out for a midnight snack as it slowly sauntered along the carriage road trail.  We took a break from our bike ride, snapping pictures and enjoying the rare animal find.  Another successful day of adventuring. 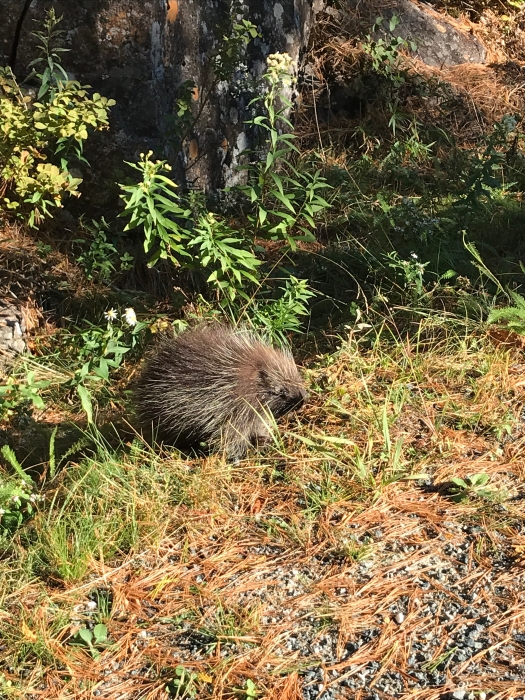 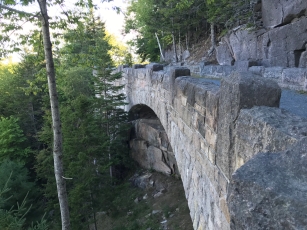 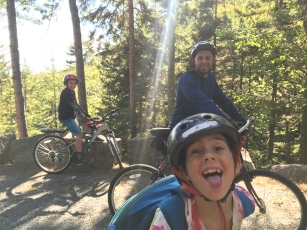 Another of the many attractions of the “Crown Jewel of the North Atlantic Coast” was a historic trip back into time visiting the Carroll Homestead.  It had a small 6 room house on a 100 acre parcel of land that once belonged to the Carroll family who homesteaded the land from 1825-1917 for four generations.  At the tour program lead by a descendant of the Carroll family, we learned all about how the family worked and lived back in the “olden days.”  The kids played dress up and also earned their Junior Ranger badges there. 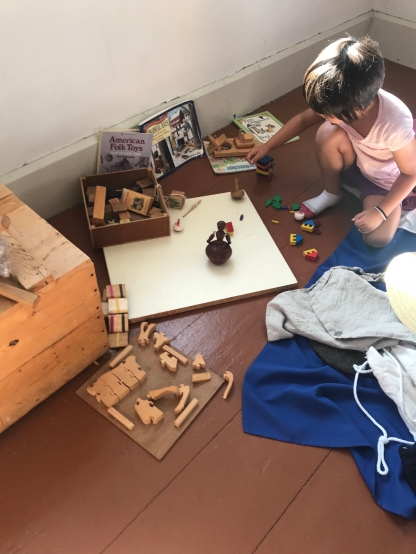 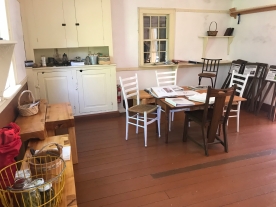 Naturally we visited the beach.  Sand Beach to be specific.  One of the few sandy beaches along the rocky coast of Maine.  The “sand” is actually more a collection of smashed shell fragments which cause it to feel more course and look more colorful than “normal” sand.  A trip to the beach was the perfect ending to a magical trip through Acadia National Park. 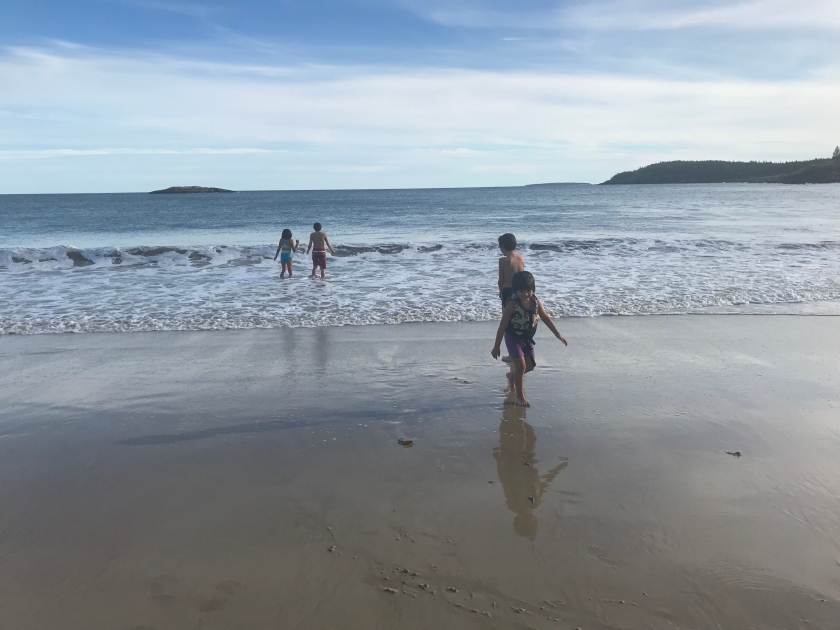 2 thoughts on “Acadia National Park, ME”