Our intuitions to reroute our original plans in Texas were proven right by the experiences we enjoyed at the Homestead Heritage (https://www.homesteadheritage.com/).  What was first an afternoon detour to their Homestead Cafe (see previous blog post), turned into an extra-ordinary, four day adventure beyond the limits of our imagination.  No where else have I ever felt the embrace by so many people at once.  Its warmth and depth still cradle me now.

After waking up after the first night of our stay at the Homestead Heritage (again, see previous blog post if you haven’t already), our new friend, Kash, came by once again to spend the day with us.  We were invited into the home of the farmer we met the previous day and spent the entire afternoon there.  Our kids played with the farmer’s three children, whose ages range from 9 – 14.  The kids enjoyed all sorts of fun including a pony drawn cart ride, and played with newly born bunnies among other things. 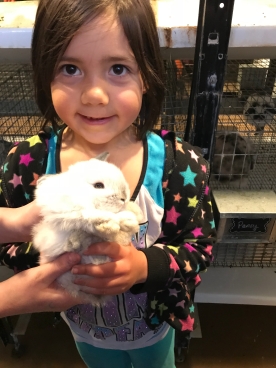 Afterwards, Kash invited us to share dinner with his family at his home, giving our kids the opportunity to meet his six children for the first time.  The drive to Kash’s house was only minutes away as most community member of the homestead either live on the 510 acre property or on an adjoining piece of property, as was his case.  On a 3 acre homestead, we saw Kash’s vegetable garden, chicken coop, German Shepard breeding dogs and double wide manufactured home as we pulled in.  His wife Sarah (whom we had met the evening before) and children enthusiastically greeted us as we entered  through the door of their home.  We were introduced to their two older daughters ages 19 & 11 and there four younger sons ages 6, 4, 2, & 9 months.

We ate Malaysian hot dogs (Kash is from Malaysia), beef sausage wrapped in a thin egg omelet for dinner and talked into the night.  This community was a living culture unlike any we have ever experienced.  We were drawn to them, captivated by them, and embraced by them.  After we allowed the evening to advance far too long, we accepted our parental responsibility by politely retiring for the evening and preparing to shuttle our children back to our RV.

The following day we spent more time with the animals,

and visited some of the other buildings including an “aquaponics” greenhouse.  Not ever seeing one of these before (and not even knowing what one was), Kash explained to us how the large glass fish tank in the middle of the green house was used to provide nutrients to the plants inside the building.  Through pipes buried in the ground, the waste from the fish water was re-purposed as valuable fertilizer for the greenhouse plants.  It was fascinating to see how, and why, the intricately connected system worked.

Friday, we were invited to the community’s weekly Friday evening meeting including a community wide shared dinner.  This was a smaller “cell group” meeting of about 150 people (including children).  We were served a Mexican style buffet in an old red barn made of reclaimed lumber.  The discussion that evening was about the Old Testament story of Samson and the discussion was insightful and interactive.  We got back to our RV earlier than the night before (thankfully), and got the kids to bed after another busy day.

Our final day at the homestead, before we finally headed south to San Antonio, was just as rich as the previous three.  After eating lunch by ourselves in our RV we headed to Kash’s house to celebrate together with them their oldest boy, Reuben, as he turned six years old.  I (Josh) had the privilege of helping construct a “tree house” for his son, feeling like I was serving in the farming community.  Several other boys from the community also helped including Caleb.  Even Eva put on her tool belt.  The evening celebration included “naan pizzas” and the kids created a fire in the back yard and played together as the parents hung out inside. 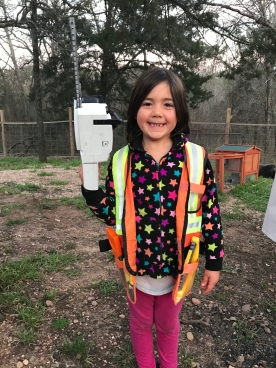 Though we didn’t want to leave, we knew that “the show must go on”.  Our hearts had been overloaded with delight by our new friends but now it was time to say good-bye.  Our detour had come to an end and it was now time to finally be heading south for San Antonio.