We finally began our adventure further south into Texas.  It was now Sunday, Feb. 24th, and we still had enough time to travel to San Antonio to see the Alamo.  Before doing so, we stay at a Thousand Trails camp ground for two nights to rest and recharge our emotional batteries after our detour to the Homestead Heritage.

Driving into downtown San Antonio, we parked our motor home on the side of the road right next to the great San Antonio River.   Just a few blocks away we walked to the Alamo, where we were able to enter the historical church building and walled courtyard for free.  Inside the church building we saw a memorial for the brave soldiers who gave their lives to “remember the Alamo” which was a catalyst for Texas to win their freedom.  (Unfortunately they do not allow pictures inside the church building).

Behind the Alamo church building was the walled courtyard of the mission which held a variety of activities including a live reenactment of the life and time and a complete history of Texas. 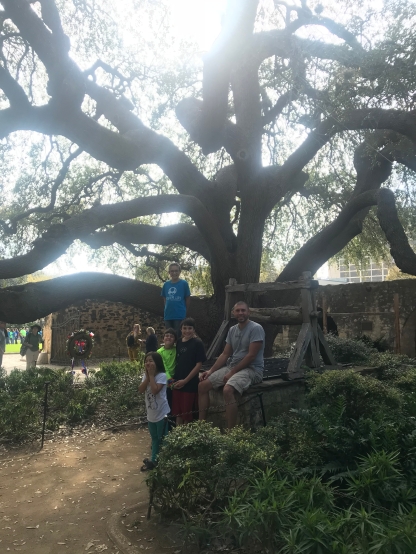 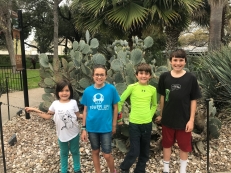 Though we could have stayed longer, our 2 hour parking was about to expire and it was time to move on.  We then drove to the National Parks San Antonio Missions headquarters, where we watched a video about the history of the San Antonio Missions and the kids picked up their workbooks for the Junior Ranger Program.  As the day came to a close, the kids found a large tree to climb which they said they wanted to make into their home and stay for the night.

The second (and unfortunately last) day in San Antonio was even better than the first.  We drove our motor home to another of the missions locations (a total of 5 mission locations) called Mission San Juan. 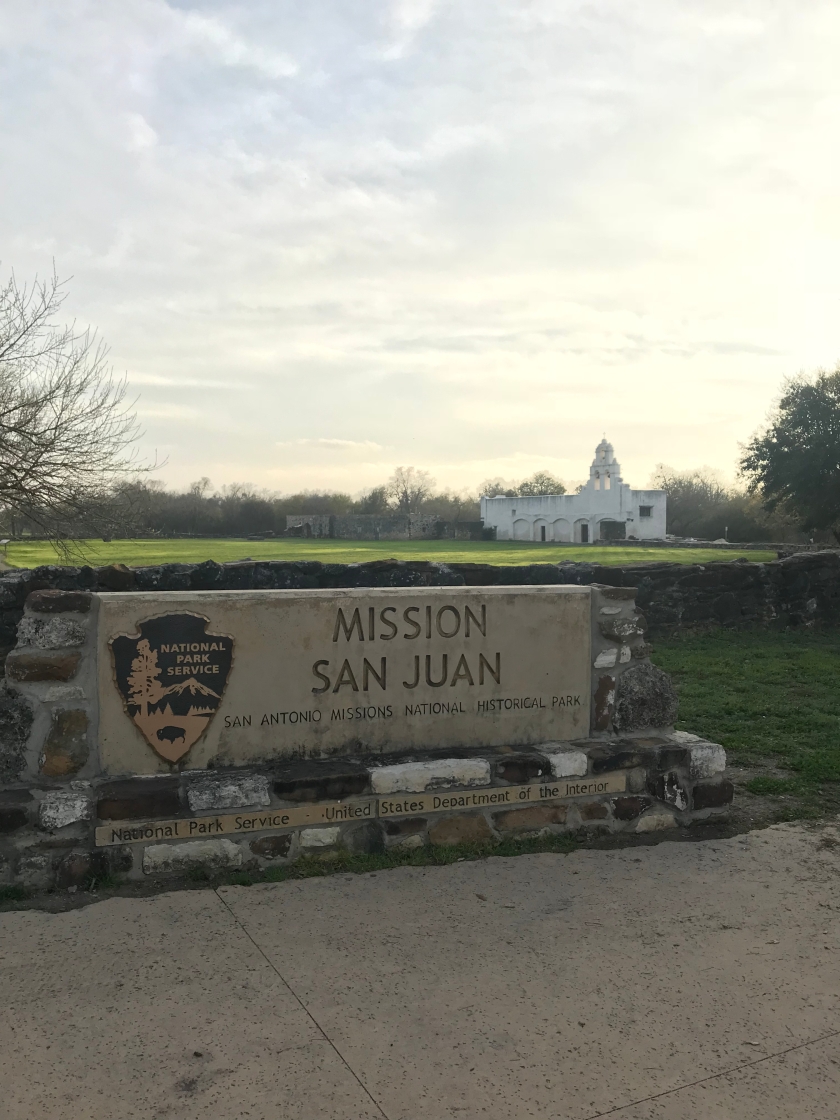 I was completely fascinated with the original purpose and design of these missions to house and protect the needs of the native people of the surrounding areas as well as being a location to teach skills and trade goods.  The missions acted as a walled city within a city.  I imagined it would be so cool to live inside of one of these self contained structures back in that time. 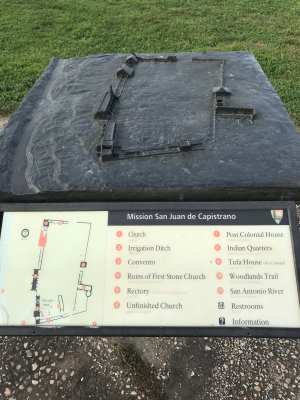 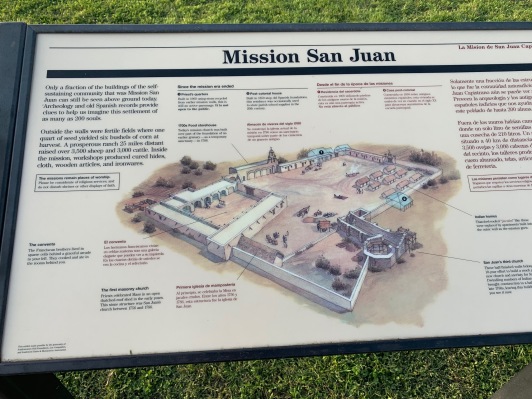 After lunch we rode our bikes 3 miles down the 15 mile long river walk that traveled alone the San Antonio River. 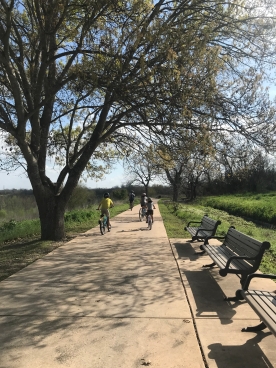 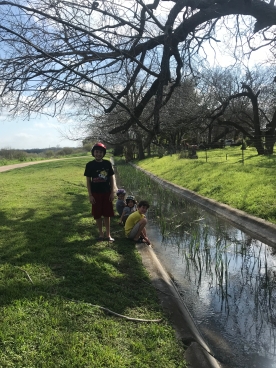 The short bike ride lead us to yet another one of the 5 missions called Mission Espada.

A very cool mission indeed, it was a place of peace, tranquility, beauty and devotion.

They even had a working blacksmith shop there.

And of course, as the day came to a close we stopped by the National Parks office to be sworn in, once again, as honorary Junior Rangers. 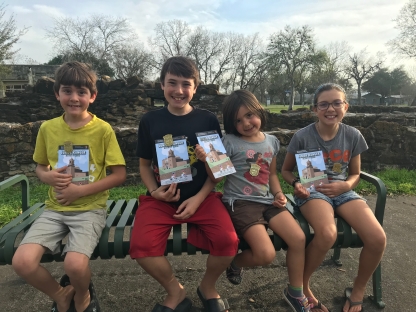