Lydia is a lot like me (Josh).  She likes to plan things and doesn’t like surprises.  For her 12th birthday last Saturday, she had her entire birthday day planned out weeks before it ever came.  Even the day before her birthday, she began preparing for the festivities by making her own two-layer vanilla and blueberry cake. 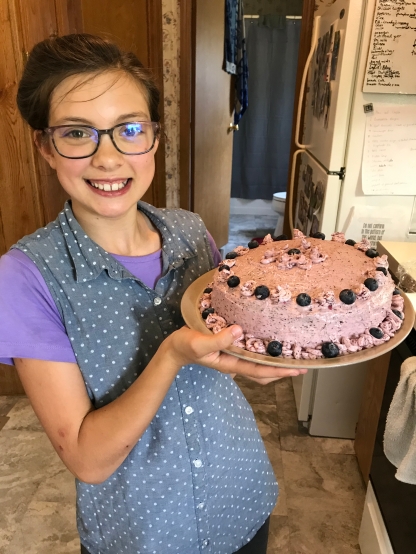 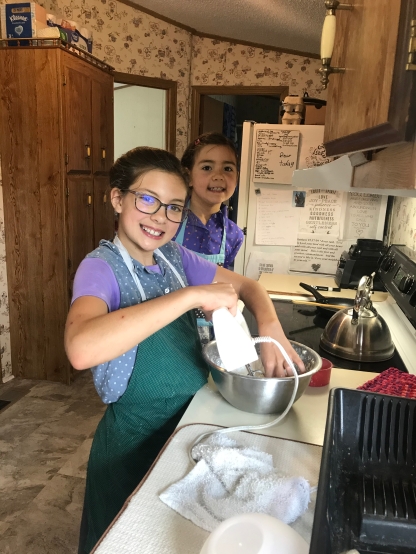 The menu for her birthday breakfast was no less than crepes, Dutch babies, blueberries, and turkey sausage.  We feasted while watching her open cards and presents from friends and family near and far. 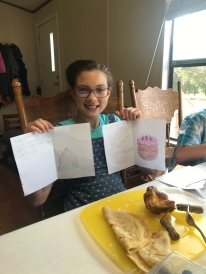 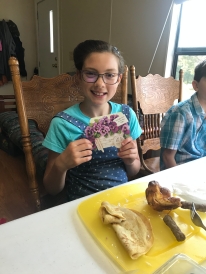 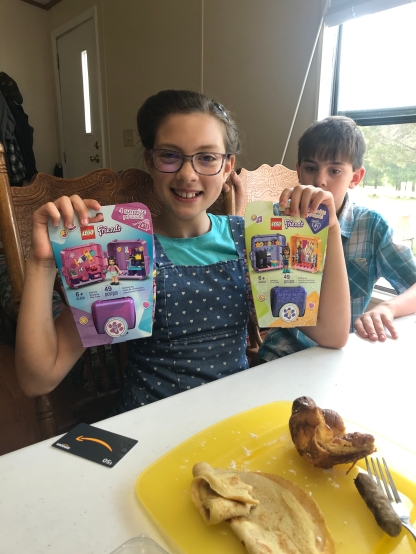 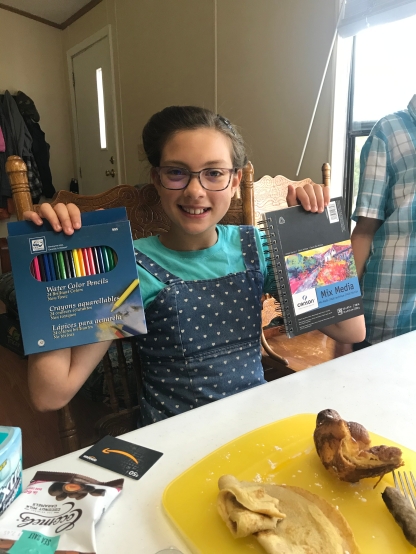 Before we could finish stuffing ourselves on sweet breakfast goodies, Lydia rushed off to her next birthday engagement.  She had a birthday brunch date at the cafe with two of her Homestead girlfriends (and mothers).  I was told when she got back that she was still able to eat 2 bacon and 2 pancakes.  Wow!

Lydia had finished her second meal of the day and it was not even noon yet!  She had things to do and places to go.  Though not part of her original daily plan, she gracefully accepted an invitation to do crafting (crochet) with her friends at a lady’s house who lives in the community.  While there she got to open more presents and play with kittens. 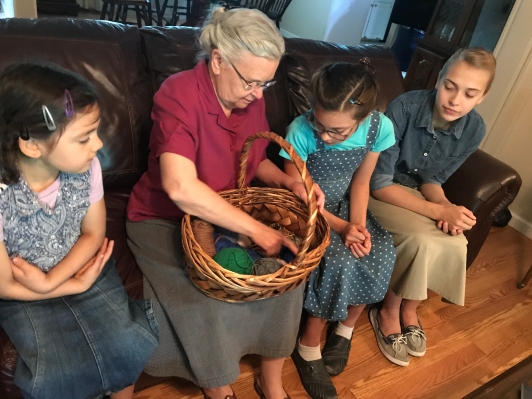 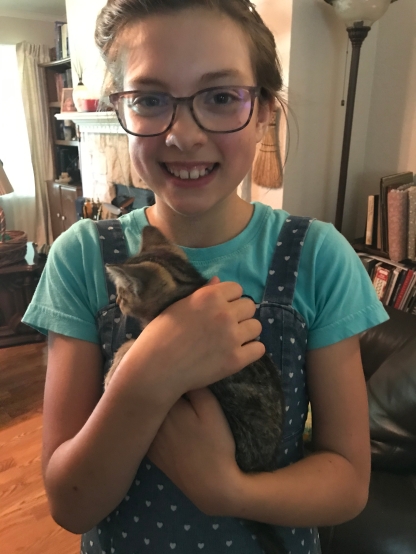 The day was half way through and Lydia was still spinning the web of her master plan.  Now a third girlfriend had joined her party celebration during the craft and they all headed back to our house to begin the process of making home-made pizza.  There was dough to knead, cheese to grate, toppings to slice, and smiles to share. 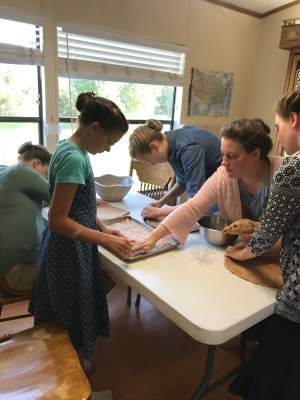 The labor of love was complete and the celebration was well on its way.  The pizza was delicious and the company was divine. 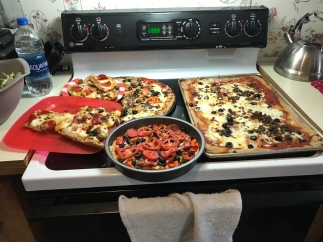 The climax of the evening was at hand.  The birthday girl tasted the “ceremonious first bite” of birthday cake accompanied by strawberry ice cream.  Look at her face and judge for yourself how good it tastes.

As the evening labored on and the sun began the set, Lydia and her friends (and siblings) squeezed out the last ounces of daylight to play games in the grass.  The birthday celebration was complete and had been a smashing success. 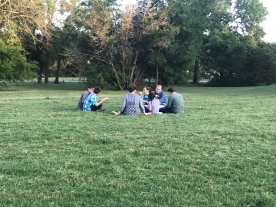 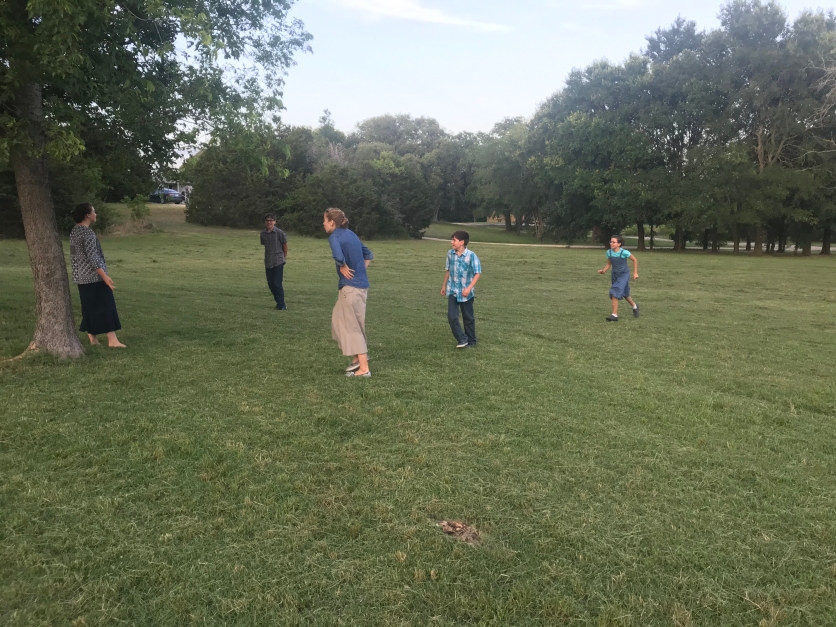